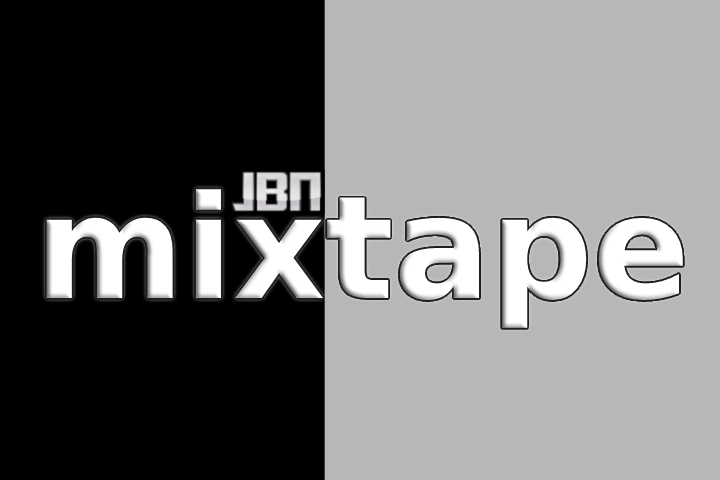 The mixtapes are collections of short videos that I have uploaded to various channels recently (mainly Odysee and Telegram), and some videos that I haven’t uploaded anywhere, combined into a single video. That way, you have options. You can subscribe to my channels and actively participate in seeing and commenting on these videos and other stuff as they come out, and sharing any videos that you find with a chance they will be included in a future episode release. Or, you can casually wait to catch the JBN Mixtape episode when it comes out every once in awhile so that you can just watch all the featured videos at once. Or, you (I) can force your (my) grandkids to binge watch them as a history lesson in the year 2050.

I suppose this idea started with Liquid Television. Or maybe it was The Great Space Coaster, SCTV, The Muppet Show, The Dana Carvey Show, Saturday Night Live, Mr. Show, or one of the many other weird, ironic, random, off-the-wall, self-deprecating, not-too-serious, goofiness that would never choose the word ecclectic for itself, that used to exist before the ‘rona made hugs illegal. I also always enjoyed serious but factual, dense, no bullshit, efficient but artistic information portrayal.

Some videos I have added background music, video effects, transitions, and text in video editing programs. Some I have lifted from social media. Some make sense, some don’t. Some have context, some don’t.

As I’m learning/remembering the video editing tools, techniques, and principles, I’m releasing the results on my Odysee video channel.

Here is a playlist for you to binge-watch them all, or you can choose an episode below.

001 was very experimental, using OpenShot, which is easy to use but not ideal for a final. Proof of concept that has known glitches and errors throughout.

002 I’ve switched to Kdenlive for editing, which is FOSS open source and free. Learning all the new controls will take time, but having keyframes without need for Adobe’s regretful subscription requirement is priceless. Worked in a bit more transitions and fades, some original music, and a few more of the other various finishing touches that would be seen in a final product that maximized quality over quantity.

003 I went with three medium length videos and focused on the technical aspects of including sample intro and segueway music along with ‘bookend’ thumbnails that introduce each clip. I used my own ‘Easygoing‘ as bg, intro, and outtro music, which turns out to sufficiently showcase the potential of doing so, while failing to provide tonal cohesion among the clips. It’s a fine line between variety/novelty and cobbled confusion, and using music that doesn’t match the feel of the clips doesn’t help. Future episodes perhaps I’ll experiment more with the possibility that the thumbnail and musical branding that makes the theme of the show can be consistent throughout to provide some sense of cohesion that the variety of clips do not themselves provide — but I may already have my answer from the flow of this one.

004 I created new segueway sounds from various components and tracks that made up my original song ‘Classic‘ and used them along with the existing intro and outtro takes I already had to package this variety of shorter clips into a shorter 15 minute episode. The song choice makes all the difference, and this format works.

005 looks like what this mixtape may ultimately be and was a ton of fun to make.